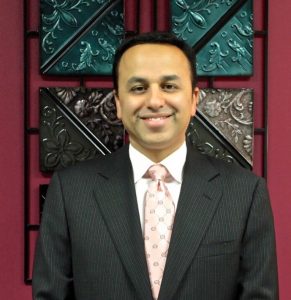 Tahir A, Chauhdry, DO; FACOG was born in Albany, New York.  He was raised in Elmira/Horseheads, New York.  Influenced by his father, an Anesthesiologist, Dr. Chauhdry was determined to be a compassionate physician.

He earned a B.A. in Biology and Minored in Chemistry/History at University of Miami, Florida.  He attended the New York College of Osteopathic Medicine in Westbury, New York.  After receiving his medical degree, Dr. Chauhdry pursued his internship and residency training in Obstetrics and Gynecology at Lutheran Medical Center, Brooklyn, New York, where he was Chief Resident from 2000-2001.

Dr. Chauhdry returned to Olean, New York in 2007 to establish Women’s Health of Western New York.  He was elected as Chairman of the Obstetrical and Gynecological Department at Olean General Hospital for 3 terms/6 years, by his peers.

Dr. Chauhdry is married to and has three children. He enjoys spending time with his family.   He is an AVID fan of his alma-mater, the University of Miami Hurricanes.  He loves to play sports, such as basketball, soccer, and golf. He has also coached various youth softball and soccer teams.  Dr. Chauhdry is an active member of IMANA, Islamic Medical Association of North America. He, along with his family, enjoy doing charity work for the less fortunate.  He has been on medical missions to Pakistan and Haiti, to provide care in disaster relief and the under privileged patients in those areas.